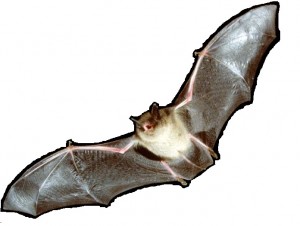 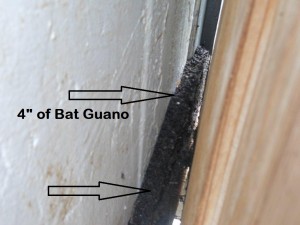 5.  When all bats are gone, clean all the biohazard waste (guano) from the roost. Sanitize the roost area. If the guano has saturated into sheet rock or siding you might consider just replacing it.

Maternal periods for most bat species are from late May to late August. The Evening Bat is one othe exceptions with its maternal period from April to mid-July.

Bats are the most common carrier of rabies transmitted to humans. If you find a bat do not try to pick it up. Bats do bite when felt threatened. Frequently bats will land on people when the sleep and bite them. Usually the person bitten doesn’t even know it until they either find the bat in their bedroom or see the tiny bite marks.